The RB-DA6P is a version of the RB-DA6 audio distribution amplifier which uses Neutrik Phoenix style connectors instead of XLR inputs and outputs. Each unit is shipped with the mating connectors so that wires can be simply terminated using a small flat-blade screwdriver.

The inputs and outputs are electronically balanced and can be wired unbalanced. Each output is individually buffered so that a short circuit on one output won’t affect the others.

The left and right input gain controls (normalising) are pre-set potentiometers accessible through the front panel.

The output gain may be varied from -8dB to 18dB which is useful for normalising consumer and professional signals to give outputs of -15dBu and 0dBu respectively. 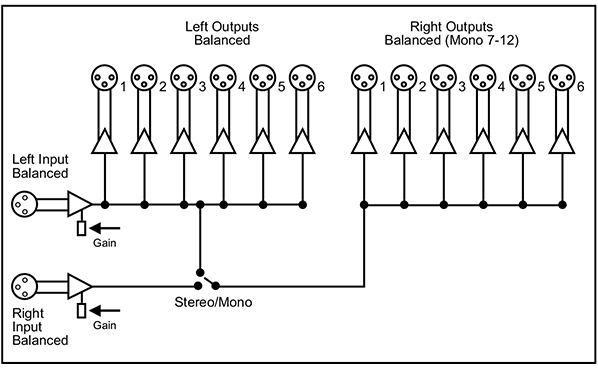